It is a dynamic economic, political and cultural process that is enabled by rapid development on the fields of transport and communications, and is often driven by the desire of large corporations to win new markets. Globalization is very controversial process and has as many supporters as enemies. There are several aspects from which the notion of globalization can be observed.

When we talk about economic globalization, we mean creating and determining the rules of the free world market that promotes competition and development. Opposites, on the other hand, claim that large multinational corporations use already-earned capital to prevent the creation of competitors with which they should share the market, indirectly destroying domestic firms. Rich become richer and poor become poorer. Political globalization is closely linked to economic globalization. The existence of a single world market reduces the ability of national states to directly stimulate the development of their own economy by setting rules that give preference to their own companies. The place of decision-making is transferred from state to international institutions, thus reducing the ability of people to directly influence the government's election on their own development.

The main features of the process of globalization are the overcoming of borders between nation states, the decline of sovereignty of states, and the emergence of global and supranational associations that assume regulatory and other functions in society and the world economy. Liberalization, privatization and transition have led many countries into poverty. Therefore, no one should be surprised by the increasing number of those who challenge the "rules of the game" in today's world economy.

IMF as well as the World Bank are main tools for new imperialistical economic war. Namely, they have increased poverty in debt-borne countries, caused economic and financial crises, continuing on with speculative attacks aimed at foreign exchange rates of certain currencies in Africa, Asia, Latin America ... For this reason, more and more those who advocate the abolition of these world economic. IMF is international organization and one of the specialized agencies of the United Nations. It is responsible for overseeing the global financial system by controlling the interest rates and payments balances as well as providing technical and financial assistance. Currently the IMF has 184 state members. This organization, together with Government of specific state, develops a program of measures to overcome the crisis, most notably in the area of state finances. Loans are generally paid in several stages, once it has been determined that the recipient country has met the target set for a certain period of time. These loans are usually approved for three years, and longer-term assistance is considered for countries with major structural problems. Mostly, they are looking for measures such as tax and financial reforms, privatization of state-owned enterprises and labor market flexibility.
Edward Presco claims that the only task of the World Bank and IMF today is to approve loans that can not be returned. In other words, the IMF and the World Bank are creating new debt debtors. Their modus operandi was revealed by the prominent US journalist Gregory Palast, a columnist of the British Observer and BBC reporter who has been investigating the dark side of globalization for years. Joseph Stiglitz, former chief economist of the World Bank and president of the Council of Economic Advisers of US President Bill Clinton, who after his dismissal, spoke as the first among high officials in public about the dirty work of IMF and the World Bank.

Stiglitz argues that the IMF and the World Bank in almost all countries apply the same method of action. When it comes to a country, the first step is to bribe politicians who leave overseas companies to telecommunications, national oil companies, power plants, water management, and other vital infrastructure. This is determined by secret contracts. Namely, each State for Cooperation with the IMF and the World Bank must sign 111 points of obligation. Failure to do so will prevent her taking credit on the world capital market, and today no one can survive without credit, ie credit rating. Along with this process, the capital market opens, which means that the strongest national banks sell to foreigners. After that, states are forced to move to market prices. Politicians who have made it possible for their accounts in foreign banks are getting high amounts. Ten percent of the value of the agreed "trade". 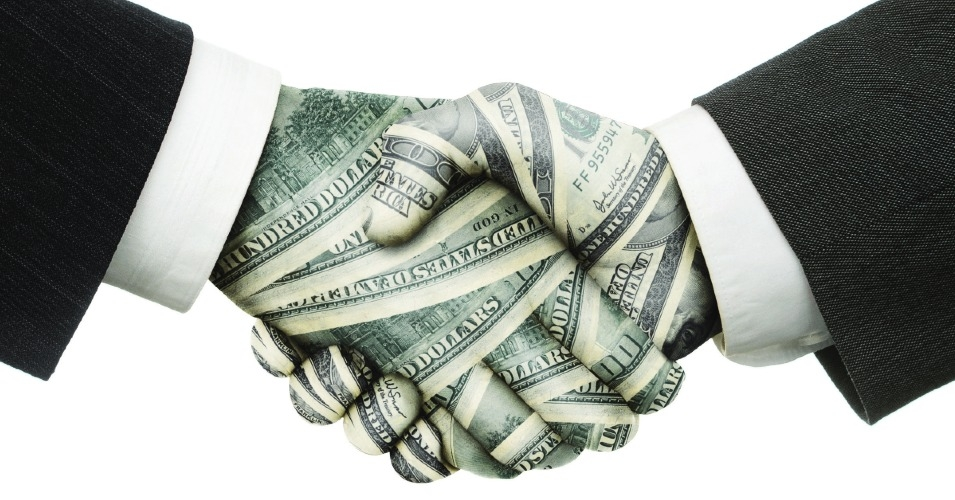 The first phase is to occour as soon as the IMF comes to a country. The first thing they request is that all major stat-owned companies are privatized, often at a much lower price than they actually are. When this happens, the state lose its strategic base, and the former backbone of the economy becomes a private playroom for the revenue side that gets money out instead of filling in the budget. Ofncourse this wouldn't be possible without corrupted politicians. Croatia also has such a case in 2003. when they started to privatize INA, the most strategic state-owned company.

2. Liberalization - amending the law in favor of corporations

This is the part where politicians get their hand dirty. Laws are changed in order to make investors more attracted to offers. In theory it sounds great, but in order to do so states must give investors something they can't do in another county. For example,Croatian Labor law is at the edge of the slavery. Wages are getting smaller and working hours are getting bigger. Investors make money and take it out of the state, and nothing remains for the state budget.

After politicians make what are they paid for, and abolish regulations, market pricing comes in ,which is actually a nice expression for the secret agreement between the elite. Simply, the largest capital (usually four, five biggest business people in the same industry) in the state sit and negotiate prices together so that they are all equal, more precisely equally high. As no one can compete with them, they all earn, and citizens in the state become more expensive.

According to Stiglitz, the final part of the IMF's strategy is to bring a protest. After completely destroying every opportunity for economic independence of a country, citizens are left out of business, and all the benefits of a social state are moving. Citizens become desperate and want to hit the state order urgently. When it is successfully collapsed, it is assumed that the heads of the state will be obedient to those same powers who have brought the state to the state in which they are. Nothing changes, but citizens have the impression that they have won for their rights (which they will never return). For example look at Venezuela. IMF has announced that it will support the transitional goverment if President Hugo Chavez is removed. They also said that they will be glad to pay the bail if the army overthrew the president, cause he refused to approve their demands. It was all about oil and reducing taxes to oil companies. The IMF, therefore, was not interested in the fate of the population, but of the interests of multinational oil companies. Similar to the World Bank loans.

Although globalization has countless positive aspects, I'm afraid the negative effects are present as well. Only a few countries around the world are not affected by the IMF and World Bank. That is why I begin to perceive the demonization of some countries through the media. Why do people constantly refuse the truth, because it is better to live in a comfortable lie than a bitter truth? On the Internet there are countless testimonies and examples where highly influential people talk about fraud and business of international institutions. But people doesn't seem to care, they are to occupied with irrelevant things, or they just think they ain't good enough and accept fate.

Submit
0.00 LEO
67 votes
3
Authors get paid when people like you upvote their post.If you enjoyed what you read here, create your account today and start earning FREE STEEM!
Sort Order:
[-]
lanzjoseg (69)  ·  5 months ago

Why do people constantly refuse the truth, because it is better to live in a comfortable lie than a bitter truth?

In Latin America we are immersed in these debts to the IMF, however, everyone labels governments, I as a professor in the area of state accounting at a public university, I always explain to my students that we must stop being a people to be citizens in this sense, when a criminal of those who occupy positions in the government and clearly shows that the resources of the state are being stolen by people who represent a government, they are the ones who actually indebted a country when not national budgets apply for which they were prepared

Sorry for a late response, have been going through hangover haha
It's pretty much the same practice we are witnessing here, in Eastern Europe. I believe the whole system is being adjusted to match the needs of those on power. People are weak, inert and easy to manipulate. To be honest we are the ones who're constantly ensuring and enabling the same parties to usurp power, while doing nothing to stop it.

People need to be more aware of such things, few of those who're seeing through their bullshit is not enough. We need massive cultural shift, the information is the new gold.

Thanks for stopping by :D